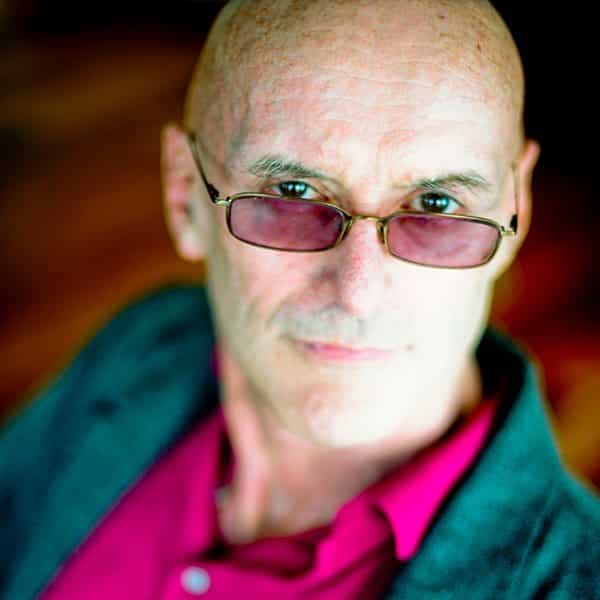 The Religion Of Tomorrow

What would the scriptures and practices of the world’s major religions look like if they were developed today, fully integrating the major discoveries we have made in the past 2,000 years, including advances in science and psychology and human development?

How might that deepen or change your spiritual life and practice?

In this exciting new course, based on his first synoptic book in over a decade, Ken Wilber lays out the path for a religion of tomorrow that incorporates both Waking Up (meditative states) and Growing Up (human developmental stages), as well as Cleaning Up (shadow work) and Showing Up (working with quadrants), and explores how we can practice the religion of tomorrow today, expanding our potential for growth and realization.

This course will help you…

– Experience Full Spectrum Mindfulness practices, including Witnessing and One-Taste Awareness, for yourself

– Deepen your understanding and practice of Integral teachings
Integrate Waking Up, Cleaning Up, Growing Up, and Showing Up into your own religion of tomorrow

Lesson 1What Is a Religion of Tomorrow?

Taking the core insights of the great religions as they were created and introduced in past millennia—and combining those insights with some of the major discoveries we have made in the past 2,000 years, including Waking Up and Growing Up—gives us the most likely structure of any spirituality that will be able to survive as a bona fide religion of tomorrow.

– Explain how a “religion of tomorrow,” as described by Ken Wilber, goes far beyond what you may currently think of traditional religious practices

– Identify and understand the major levels of Growing Up, and get a sense of where you are in your own ongoing growth

Lesson 2Spiritual Intelligence and the Stages of Development

In this lesson we look closely at spiritual intelligence, which addresses the central question, “What is it that is of ultimate concern to me?” He will present the evidence for how we know that the stages of Growing Up exist. And he will clearly sketch out these stages through the line of spiritual intelligence.

One of the most historically profound and significant discoveries about the human mind made during the modern era is the discovery of the nature of the psychodynamic unconscious (the nature of repression, the nature of shadow) and the various approaches or therapies to address and even heal those dysfunctions.

– Describe how the shadow is created and how projection works

Each stage of development—both in Waking Up and Growing Up—is supposed to transcend and include the stage that comes before it. If something goes wrong in either of those aspects—transcending or including—it can bring development (of either Growing Up or Waking Up) to a crashing halt and pathological development arrest sets in. This is why it’s so important to include Cleaning Up in any viable religion of tomorrow. And in this lesson, Ken will show you how to do just that with a therapeutic process for working with shadow material.

– Understand the mechanism that underlies the formation of shadow material

Once we have discovered the stages of Growing Up and know what they are, we can bring a meditative awareness (or mindfulness) to bear on each of them. By making these subjects object we accelerate our development through them, thus accelerating our evolution. This combination of bringing a Waking Up Awareness to bear on the stages of Growing Up is what we call “Full-Spectrum Mindfulness”—and it’s a version of overall Integral Meditation.

– Understand the difference between Witnessing Awareness and One Taste Awareness

– Experience Witness and One Taste practices for yourself

Integral Tantra is directly connected to Big Love and Big Bliss. It is generally agreed that the very highest schools of Tantra (such as those manifested in the highest reaches of Vajrayana) are perhaps the most sophisticated and profound of all the world’s Great Wisdom Traditions. But Tantra itself is not confined to Buddhism; in fact, variations on the major themes of Tantra can be found to some degree in the upper reaches of the majority of the Great Traditions. As we will see in the talk and practice in this lesson, Integral Tantra is a profound culmination of the defining drive of evolution itself: to transcend and include.

– Experience Integral Tantra practice for yourself

Showing Up simply means to fully acknowledge, and totally inhabit, all four quadrants of existence—to not try to deny or ignore or reduce any of them, but to see all of them as equally real and equally important. And with this final addition, you have the four key elements of a religion of tomorrow: Waking Up, Growing Up, Cleaning Up, and Showing Up.

– Distinguish among the four quadrants and describe each of them

– Consider your own relationships through the lens of Showing Up, applying a four-quadrant awareness to your life and your world "Ken Wilber is a national treasure. No one is working at the integration of Eastern and Western wisdom literature with such depth or breadth of mind and heart as he." – Robert Kegan, Professor of Education, Harvard University Graduate School of Education, and author of In Over Our Heads "The religion of tomorrow, according to Ken Wilber, will not be one religion, but all religions guiding their respective constituents toward oneness with Ultimate Reality. The recent discoveries of science, especially in the areas of developmental psychology and historical criticism, as well as mystical experience, have enabled him to bring together contemporary science, the wisdom of the world religions, and an integral presentation of the human condition with all its potential." – Father Thomas Keating, author of Open Mind, Open Heart "Wilber explains in detail how integrating the knowledge and spirituality that humans have developed over the millennia—in fields as diverse as science, psychology, and religion—creates what he calls a Fourth Turning that can lead humans to a new wholeness. As this wholeness expands, he writes, society will achieve new levels of compassion, peace, and inclusion." – Publishers Weekly

If you haven’t already heard of him, Ken Wilber is one of the most important philosophers in the world today.  He is the most widely translated academic writer in America, with 25 books translated into some 30 foreign languages.  Ken Wilber currently lives in Denver, Colorado, and is still active as a philosopher, author, and teacher, with all of his major publications still in print.

What makes Ken Wilber especially relevant in today’s world is that he is the originator of arguably the first truly comprehensive or integrative philosophy, aptly named “Integral Theory”.  As Wilber himself puts it: “I'd like to think of it as one of the first believable world philosophies...” Incorporating cultural studies, anthropology, systems theory, developmental psychology, biology, and spirituality, it has been applied in fields as diverse as ecology, sustainability, psychotherapy, psychiatry, education, business, medicine, politics, sports, and art.

"If ordinary people don't perceive that our grand ideas are working in their lives then they can't develop the higher level of consciousness, to use a term that American philosopher Ken Wilber wrote a whole book about... The problem is the world needs to be more integrated, but it requires a consciousness that's way up here, and an ability to see beyond the differences among us."
-President Bill Clinton

Wilber explains the need for an Integral Approach in the following way: In our current post-modern world, we possess an abundance of methodologies and practices belonging to a multitude of fields and knowledge traditions. What is utterly lacking however, is a coherent organization, and coordination, of all these various practices, as well as their respective data-sets. What is needed is an approach that moves beyond this indiscriminate eclectic-pluralism, to an “Integral Methodological Pluralism” — driving toward a genuine “theory of everything” that helps to enrich and deepen every field through an understanding of exactly how and where each one fits in relation to all the others. Through the Integral approach, we reveal the previously unseen possibilities for a better, more compassionate, and more sustainable future for all of us.

In short, the Integral Approach is the coherent organization, coordination, and  harmonization of all of the relevant practices, methodologies, and experiences, available to human beings.  Ken Wilber states “You can’t [realistically] honor various methods and fields, without showing how they fit together. That is how to make a genuine world philosophy.”

Ken Wilber is also the founder of the Integral Institute, which is the first organization fully dedicated to advancement and application of the Integral Approach in relation to contemporary global issues. It was formed in collaboration with over 200 scholars and experts, specializing in education, politics, business, medicine, psychology, spirituality, as well as, law and criminal justice. The Integral Institute is currently partnered with Fielding Graduate University.

In 2007 Wilber co-founded Integral Life, a social media-hub dedicated to sharing the integral vision with the world wide community, as well as documenting and catalyzing the progress of the integral movement.

“The most comprehensive philosophical thinker of our times.”
–Tony Schwartz, the president, founder, and CEO of The Energy Project, and the author of What Really Matters: Searching for Wisdom in America

What if I am unhappy with the course?

We would never want you to be unhappy! If you are unsatisfied with your purchase, contact us in the first 30 days and we will give you a full refund.

* Supporting members of Integral Life receive an additional 20% off the price above. Log in or sign up for your member discount.