Leslie Kean is the author of the New York Times Best-Seller UFOs: Generals, Pilots, and Government Officials Go On The Record.  The book is the result of a ten-year investigation in which Kean gathered the first-person accounts of over a dozen high-ranking military and government officials, including generals from five countries.

In a field notoriously polarized by uncritical believers on one side and dogmatic debunkers on the other, Kean’s UFOs stands apart for its loyalty to hard data from highly credible sources. Beginning with a foreward by former White House Chief of Staff John Podesta, UFOs maintains a sober approach throughout, allowing officials to speak for themselves, and letting evidence stand on its own.

Physicist Michio Kaku said of Kean’s work: “At last, a serious and thoughtful book about this controversial subject. This book is bound to set the gold standard for UFO research.”

From an integrally informed approach, there is a perennial blind-spot in UFOlogy—the lack of any developmental component.  Researchers come at the riddle from many angles, but few address the fact that worldviews unfold developmentally, and each one encounters reality uniquely. The fact that there are many different depths of consciousness engaging the same puzzle should go without saying, but for the most part, has gone out the window.

To help still these murky waters, Leslie Kean advocates agnosticism. She asserts the need for serious long-term investigation balanced with UNknowing in order for us to approach the enigma in a more meaningful way. To her, the operative word is ‘UN-identified’. Patiently remaining in the unknown is not exactly a hallmark of humanity, but Kean’s work sets a good example.

Whatever your worldview, this challenging book may be just what the doctor ordered: a bit of ontological shock.

In part 1, Leslie Kean describes some of the world’s most interesting and most thoroughly-documented UFO encounters—including incidents in Peru, Iran, Arizona, and the so-called “Belgian Wave” that spanned from November of 1989 to April of 1990—while recounting the first-hand testimony from government officials and military personnel from around the world.

In part 2, Leslie and Stuart talk about the massive cultural shadow surrounding UFO phenomena, the failure of our social and political systems to properly respond to these sightings, and the personal transformation required just to be able to meet such a massive mystery on its own terms. Leslie also describes the famous incident at O’Hare Airport in Chicago, when a flying disk was seen hovering over a busy concourse for several minutes. 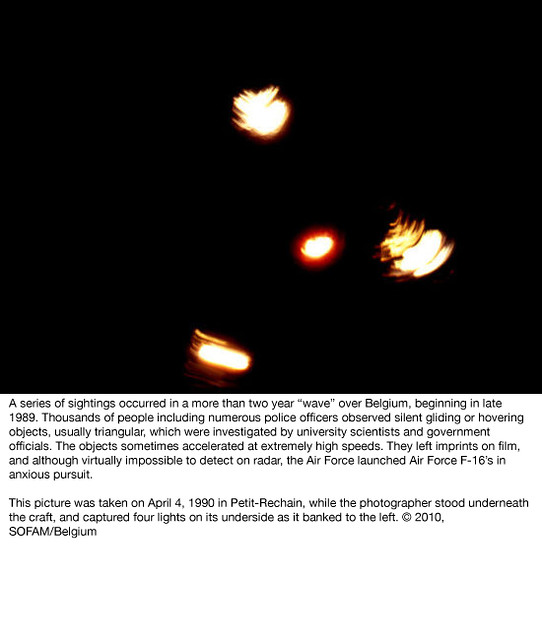 Praise for UFOs: Generals, Pilots, and Government Officials Go On the Record

“Like me, Leslie Kean is an agnostic on the issue of UFOs. Her book is a fine piece of journalism — not about beliefs, but about facts. Kean presents the most accurate, most credible reports on UFO’s you will ever find. She has fought long and hard to discover the facts and let the chips fall where they may. She may not have the final smoking gun, but I smell the gunpowder.”Miles O'Brien, former CNN space/science correspondent

“I was astonished by the care and precision of Leslie Kean’s research in this terrific book. Her analysis is carefully reasoned and to the point; her craftsmanship in organization and writing are superb. Her expose’ raises important questions: Why does the US government create public distrust by neglecting this important topic? Why do its agencies avoid investigating cases of interference with flight operations and instead issue absurd cover-up stories? This book is ultimately an appeal to all scholars for an “extraordinary investigation of an extraordinary phenomenon.”Rudy Schild, Ph.D., Harvard-Smithsonian Center for Astrophysics

Leslie Kean is an independent investigative journalist with a background in freelance writing and radio broadcasting. She began covering the UFO subject in 2000 with a feature story in the Boston Globe, and followed with additional mainstream stories. In 2002, she co-founded the Coalition for Freedom of Information (CFi), an independent alliance advocating for greater government openness on information about UFOs, and for responsible coverage by the media based on a rational and credible approach.