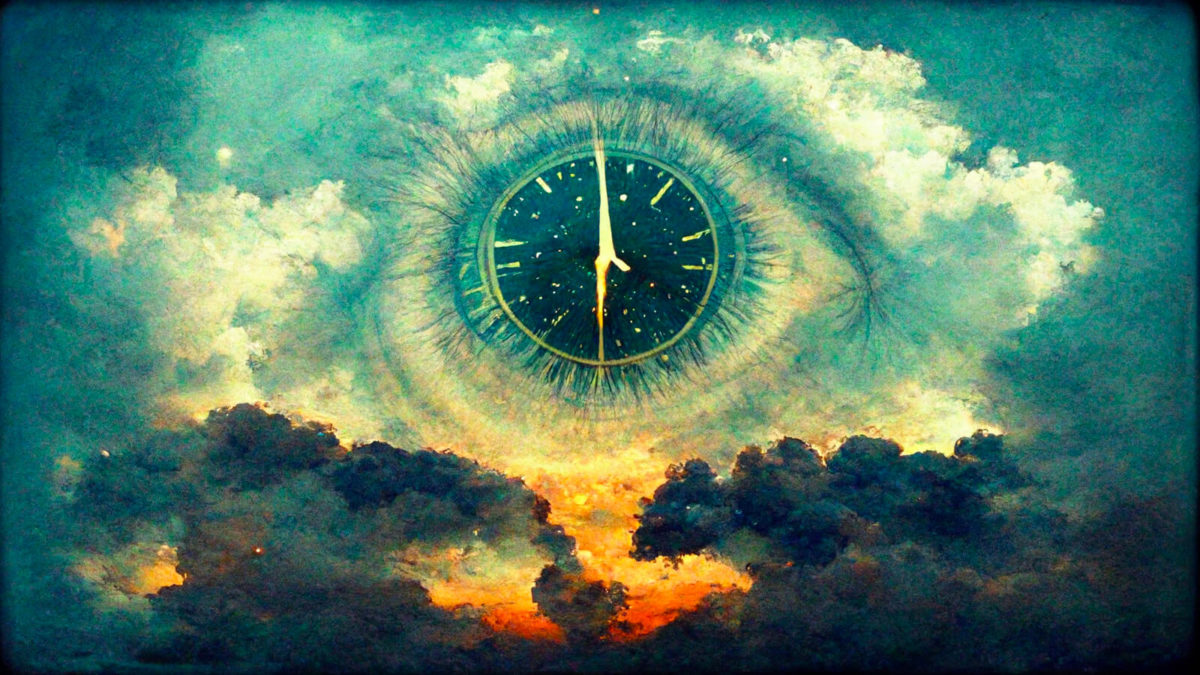 Synchronicity (or “meaningful coincidences”) is a word that has become all too susceptible to new age gibberish and the pre/trans fallacy. But in this gem from the “Integral Post-Metaphysics” chapter of the Integral Spirituality: A Deeper Cut series, our own Corey deVos engages Ken Wilber in a lively and provocative discussion of synchronicity — demystifying much of the supernatural claptrap that so often surrounds this word, while reframing synchronicity as an entirely natural part of the evolutionary fabric.

“Enlightenment is an accident,” Ken often says, “and practice just makes you more accident-prone.” Listen as we take a closer look at the nature and the mechanics of these accidents.

Synchronicity has been an important part of my own spiritual path ever since I can remember. It is something that I’ve come to relate to as a sort of “experiential faith” that has shaped the architecture of my own life story, sometimes in dramatic ways.

My own experiences with synchronicity have been varied, seeming to come and go in waves, often accompanying times of great creativity, uncertainty, inspiration, and transformation. Sometimes they feel almost flirtatious, like hearing an unlikely word on the television just as I am typing it on my screen. There’s often no apparent meaning to these, other than maybe a playful reminder to keep an eye on the Mystery. Other times they ambush my life and bend it in a completely different direction. Such as the first time I met Ken Wilber in person — I happened to be serving tables at a restaurant in Boulder, and was assigned to a bridal shower in the rose garden for a stunning woman named Marci. It wasn’t until a few hours later that I found out she was the same Marci I read about in Ken’s book One Taste, and she was marrying Ken Wilber that very weekend. This began a sequence of events that led me to his mountain home to set up for Ken and Marci’s wedding reception, allowing me to meet Ken for the very first time, in his own home, on his wedding day.

Unlike many other spiritual writers, I’ve never actually heard Ken talk or write about synchronicity—with good reason, considering how evidence-based his work has been, and how woo-woo these conversations usually get. But my own “magic carpet” experiences have seemed so real, so immediate, and so self-evident that I just had to work it out for myself, and I knew that only the Integral vision could provide a more coherent understanding of how this thing we call “synchronicity” actually works — beyond the typical Jungian plum-pudding platitudes, or the deeply confused interpretations offered by new agers, quantum meta-physicists, and peddlers of various snake oil scams and Secrets.

For me, synchronicity feels almost like a collapse of the four quadrants of my being into a singular experience of tetra-emergence, in which my upper-left intention, my upper-right actions, my lower-right circumstances, and my lower-left sense of meaning and context all fall into perfect symmetry with each other. In these moments, there is a sensation that the totality of my subject suddenly becomes object in my awareness, offering a sort of bird’s-eye-view of myself and how my existence intersects with the rest of the world—and perhaps more profoundly, there is often a sense of presence of and sometimes even subtle interaction with an intelligence that feels undeniably greater than my own.

In the description of the “twenty tenets” in Sex, Ecology, Spirituality there is a wonderful description of the relationship that exists between junior and senior holons, namely that the lower determines the possibilities of the higher, and the higher determines the probabilities of the lower.  In the second instance, “determining the probabilities” simply means that of all the things that could possibly happen, certain things become more likely to happen. Could this have something to do with synchronistic experiences? And if there is indeed a higher holon determining the probability fields of my human experience, what/where/who is that higher holon?

Further, might this relationship between “higher” and “lower” explain why there have been so many different names for synchronicity throughout history, with interpretations that range all the way up and down the spiral, including:

So—if we take tetra-emergence, altitude, and the relationships between junior and senior holons all into account, might this suggest an integral post-metaphysical interpretation of synchronicity?”

Listen as Ken and I engage in a whirlwind discussion about synchronicity, suggesting a way to demystify these sorts of meaningful coincidences in a way that avoids mere selective attention, delusions of reference, and other traps of new age narcissism, but instead conceives of synchronicity as a natural part of the evolutionary fabric of the universe—a direct experience of the self-organizing, self-transcending currents or Eros-at-play, forever churning in all four quadrants simultaneously.

What do you think? Can the Integral map can help us to better understand the energetic mechanics of synchronicity? Is such an inquiry even useful for integral practitioners?

The most important spiritual conversations ever recorded

This dialogue is just one excerpt from the Integral Spirituality: A Deeper Cut collection, which features more that 40 hours of discussion about the most important spiritual questions of our time—the most cutting-edge theory, the most intimate stories, and the most meaningful applications of integral practice to our lives and to our world.

These are some of the most important and insightful conversations Ken Wilber has ever recorded, and are revealing the shape and scope of spiritual thought in the 21st century. 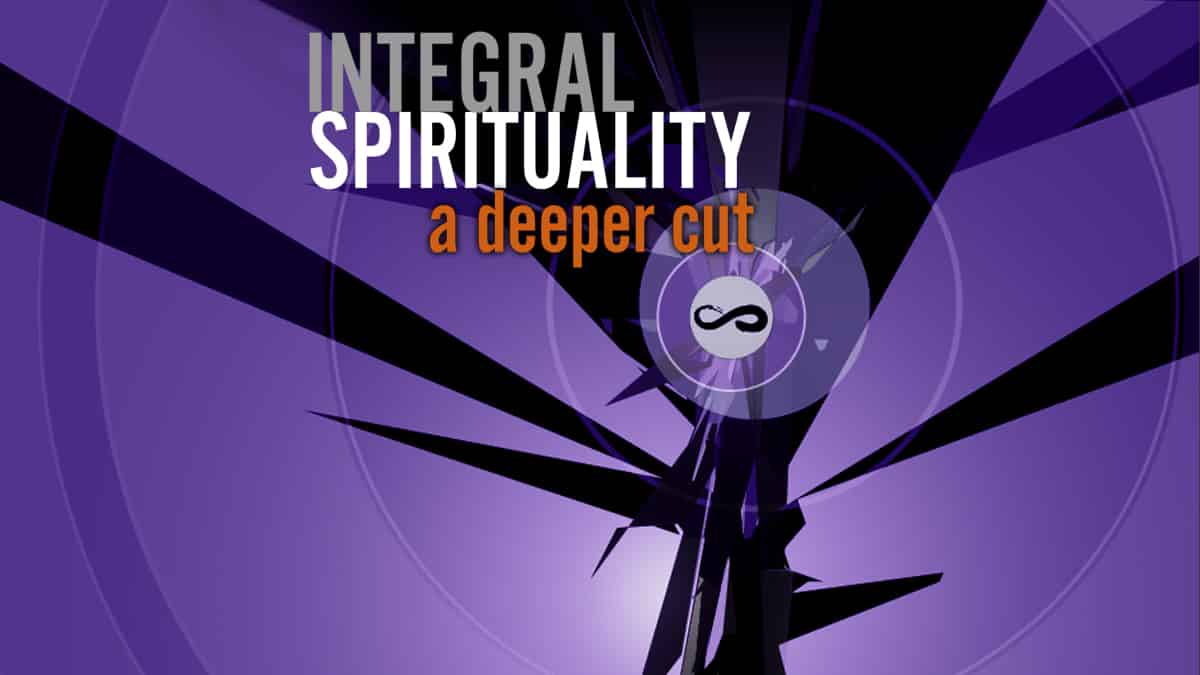 “This Integral Spirituality series stands out as one of my favorite conference series that I’ve ever been involved in. Not only did it give us a chance to really dive into Integral theory and practice with people who know my work so well, but it allowed me to connect with our members and listen to some of the most extraordinary stories that I’ve ever heard, which has been very gratifying for me personally. If you really want to see how deep the integral spiritual vision goes, you won’t want to miss this.” –Ken Wilber