A Taste of Centering Prayer 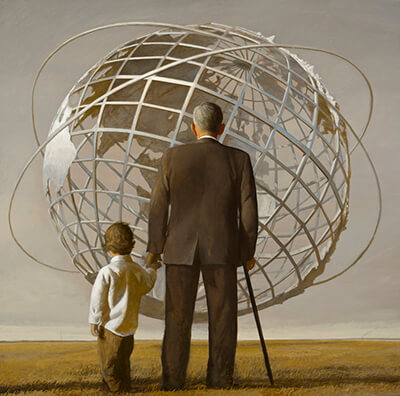 “When you pray, go to your inner room, close the door and pray to your Father in secret. And your Father, who sees in secret, will reward you.”Jesus Christ, The Sermon on the Mount

Centering Prayer is a simple Christian practice that helps us to locate and take refuge in our “inner room,” consent to the presence of God-in-2nd-person, and lead us into deep prayer, devotion, and contemplation of the divine. Largely popularized in recent decades by Father Thomas Keating, Centering Prayer traces its origin to the contemplative prayer of the Desert Fathers, the Lectio Divinia tradition of Benedectine monasticism, and to works like The Cloud of Unknowing and the writings of St. Teresa of Avila and St. John of the Cross. It endures to this day as one of the Christian tradition’s most powerful contemplative practices.

Take 20 minutes out of your day, and do the following: "The modern world lies under a pervasive sense of anguish, of being abandoned, or at least experiencing God as absent. Yet events that seem to turn our lives upside down and inside out are part of God's redemptive plan, not only for us, but for the world in which we live. God may be preparing a great awakening for the world, if God can find enough people to cooperate in this mysterious plan."

Fr. Thomas, born in New York in 1923, entered the Cistercian Order in Valley Falls, Rhode Island in 1944 and was appointed Superior of St. Benedict's Monastery of Snowmass, Colorado in 1958. Three years later he became Abbot of St. Joseph's Abbey of Spencer, Massachusetts, before retiring to Snowmass—a small mountain community of just over a dozen monks—in 1981, where he remains today.

Although the Centering Prayer movement did not officially take off until the late seventies, Fr. Thomas had been interested in the mystical roots of Christianity since the early 1940s while a student at Yale, where his entire Roman Catholic worldview was shaken by a freshman philosophy class. While studying Thomas Aquinas's Catena Aurea, a line-by-line exposition of the four Gospels, Fr. Thomas had a sudden intuition of the importance of Scripture as spiritual metaphor—a metaphor pointing to the possibility for all men and women to experience a direct union with the Divine through spiritual practice.

One such example of Scripture—Matthew 6:6, where Jesus says, “If you want to pray, enter your inner room, lock the door and pray to your Father in secret. Your Father, in secret, will reward you”—became the rallying cry of the Desert Fathers of the third and fourth centuries who further developed the practice of “pure prayer,” named for its ability to circumvent thought to rest directly in the presence of God.

The contemporary form of centering prayer was initially developed during Fr. Thomas's tenure as abbot at St. Joseph's, where he was inspired by the Second Vatican Council's call for spiritual renewal in the Catholic Church. Fr. Thomas would soon seek ways to keep young Catholics from leaving the Church in search of more contemplative—and Eastern—paths.

With the help of Fr. Thomas and other Christian contemplatives like Thomas Merton, Fr. John Main, and Fr. Basil Pennington, the movement struck an obvious chord, drawing thousands of Catholics, Episcopalians, Methodists, and others to workshops and retreats, especially the ten-day retreats at St. Benedict's, which often fill up a year in advance.

It helps that Fr. Thomas also has an unusually open-minded attitude towards the meditative practices of other traditions and has studied with spiritual teachers from a variety of Hindu and Buddhist lineages, for this led to the creation of the Snowmass Interreligious Conference in 1982, where teachers from diverse paths met regularly to compare notes and evaluate the successes and failures of their respective practices. Other organizations graced by the presence of Fr. Thomas include the Monastic Interreligious Dialogue (which sponsors exchanges between the monks and nuns of every religion), and the International Committee for Peace Council.

Fr. Thomas is also a best-selling author, having penned, along with many other publications, Open Mind, Open Heart in 1986, a clarion call for many to the need for transformational practice within the Christian tradition.

Amazingly, within this flurry of activity Fr. Thomas has nevertheless found the time to deepen his own relationship to the Divine—which he likens "to two friends sitting in silence, being in each other's presence"—to such a degree that he is sought the world over for his extraordinary warmth, humility, and deep-centered love. We’re all on a spiritual journey. As we mature as individuals, we may find that the spiritual containers that once held and inspired us no longer quite fit. Many of us seek out new traditions and practices as we move beyond our childhood religion. Or perhaps we stay in one lineage, struggling to make room for our evolution within it. As our inquiry gets deeper and broader, we may long for a community that nurtures every stage of our growth.

Many of us feel lonely as we work to revitalize our Christian faith for who we are now. As we attempt to bring the teachings of Jesus and the church into our 21st century awareness, we find ourselves seeking a new, shared reality with others. That’s why we have created this comprehensive web-based audio course, Coming Home: An Integral Christian Practicum with Leslie Hershberger. Watch as Father Thomas Keating talks to Cynthia Bourgeault about how his own efforts around the Centering Prayer movement grew from this incredibly fertile ground, his hopes for the future of Christian spiritual practice, and the promise this newly-unfolding contemplative Christianity offers to the rest of the world.