After a series of episodes that focused on a more comprehensive theory of politics, and several others exploring the rampant polarization and extremism of today’s political culture, we thought it was a good time to drill down a bit more and offer some more concrete policy proposals.

Watch as Ken and Corey offer their views on some of the most controversial policy debates of our time, each of which has become a battle line in our constantly escalating culture wars.

As Alan Dershowitz said, “everyone is right when it comes to abortion”. Our job, of course, is to figure out who is more right, and what to do about it. When do rights start, and is there something between “pro-life” and “pro-choice” stances?

The Death Penalty and Assisted Suicide How much power over life and death should the state be allowed? How much should the individual be allowed? Watch as Ken and Corey offer an integral consideration of the death penalty and assisted suicide. Should some things such as healthcare or prisons be exempt from the profit motive, due to perverse incentives? Should universal health care be afforded to all American citizens? We are currently in the midst of a dangerous resurgence of vaccine-preventable diseases such as measles, mumps, and whooping cough, largely due to states that allow “personal exemptions” for vaccinating their children, as well as an epidemic of misinformation about vaccines on the internet. Should people be forced to be vaccinated, even if some believe it can cause autism? One of the most controversial military issues of our day, here Ken and Corey discuss the positives and negatives of using robotic drones instead of live soldiers in the battlefield. How do we reconcile the inevitability of the militarization of this technology with the moral considerations around how the technology is actually used? For decades Americans have enjoyed a 100% voluntary military force, even though the laws around military conscription are still on the books and can be re-enacted at any point. Here Ken and Corey discuss the merits of mandatory enlistment, and how some sort of mandatory service might help Americans overcome their collective cynicism, apathy, and polarization. Some nations like Australia are famous for making voting mandatory for all citizens. Considering how poor the voter turnout tends to be in the U.S., should America do something similar, or find other ways to incentivize civic participation? Do marginalized groups have the right to prevent certain cultural memes, practices, or artifacts from being “co-opted” by other subcultures? Can a nation like America truly be a “melting pot” if we enforce this kind of cultural segregation? How much freedom should citizens be afforded when it comes to things like sexual autonomy or drug use? Should things like prostitution and drugs be legalized across the board? What about far more ethically dubious ideas, like sex robots designed to look like children, which are presumably designed to give pedophiles an outlet for their sexual drives without inflicting sexual violence on children?

Previous Episodes of The Ken Show What is art, at its most fundamental level? This is one of those perennial questions that we have been asking and re-asking at every stage of the human journey, from the first cave drawings all the way to the emergence of sophisticated artificial intelligence algorithms like MidJourney that are once again blurring the lines between art, beauty, and perspective and forcing us to find new ways to answer this timeless question. Watch as Ken and Corey take a fun and fascinating look at the intersection between art, semiotics, and technology. Ken Wilber and Corey deVos explore some of the unique challenges that come with the transition to Integral stages of development — “the momentous leap” as it is often called. Watch as Ken and Corey try to bring a little bit more light to this particular path of transformation, and maybe leave a few signposts for fellow travelers along the way. 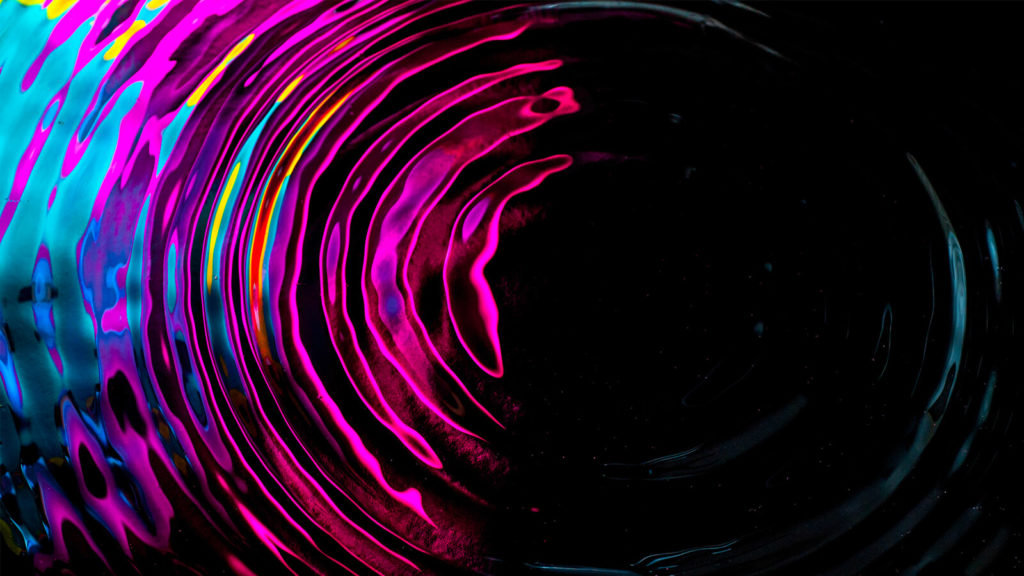 No Boundary: Ken Wilber Goes Back to High School

Ken speaks with high school students to discuss his 1979 classic, No Boundary. What follows is a lively and deeply insightful exploration of integral spirituality, Ken’s personal practice, and the path of awakening that leads us to nondual realization. This notion of holons — the idea that the universe is fundamentally made of whole/parts within whole/parts within whole/parts, turtles all the way up and turtles all the way down — this isn’t just important in a theoretical or philosophical sense. Understanding holons also helps us make better sense of the world that we live in, and our inner worlds as well. And it helps guide our own growing up, waking up, and cleaning up process. 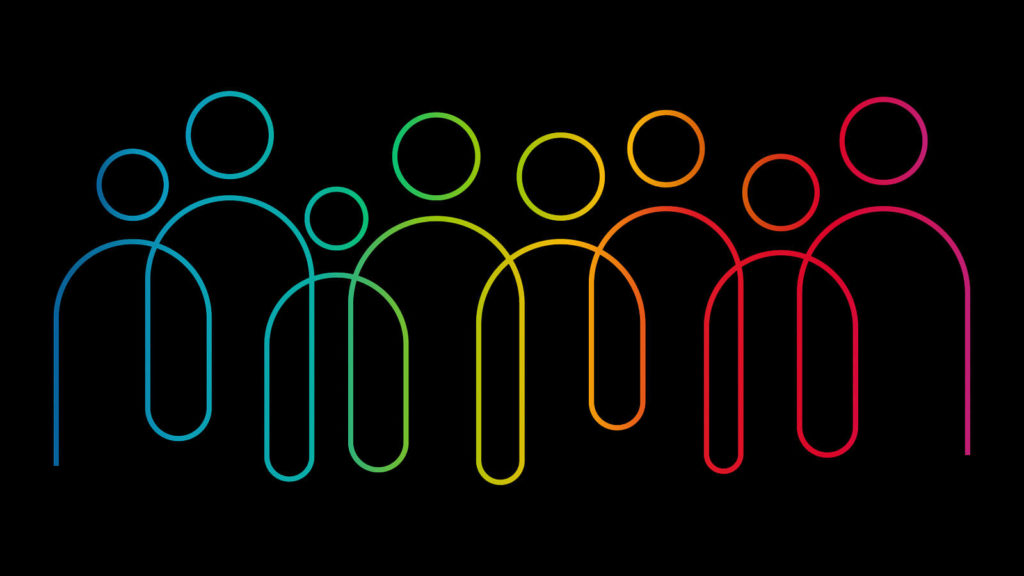 Ken and Corey continue their discussion of the 8 critical zones of integral metatheory, and apply them to the ongoing cultural conversation taking place around race, racism, and other kinds of bigotry that we continue to see in the world. This discussion is a great opportunity to not only learn more about these 8 primordial perspectives that are available to us, but also to see how they can be applied to social and cultural challenges and “wicked problems” such as these. Ken Wilber offers a stunning introduction to the major components of Integral theory and practice — a guided tour that takes us from the very first forms to emerge in the universe, all the way to the eight primordial perspectives that all of our knowledge is constructed from. 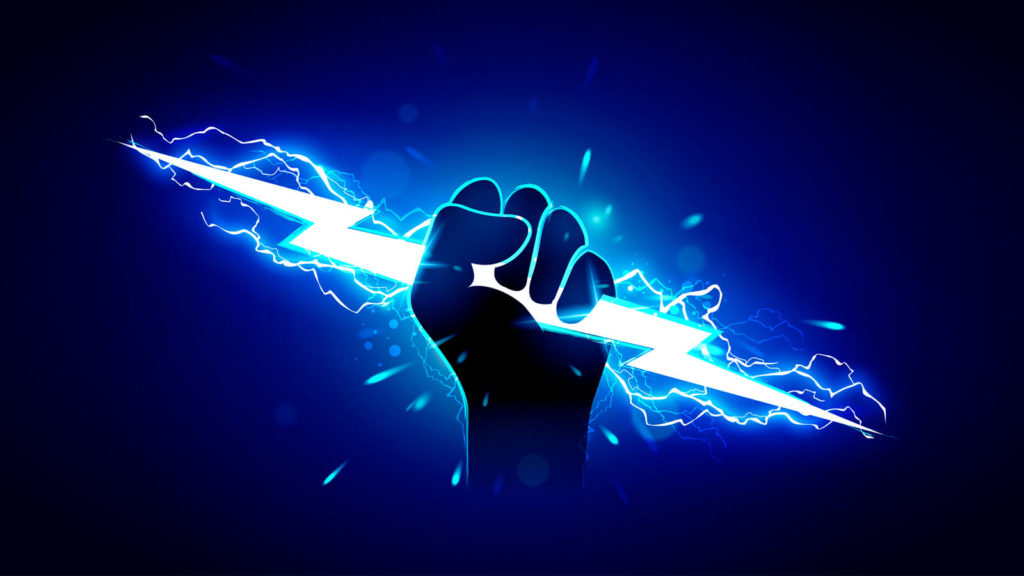 Ken and Corey take an in-depth look at the multiple kinds of power we find in all four quadrants — interior and exterior power, individual and collective power — as they are expressed up and down the spiral of development. In this episode of The Ken Show we take a look at Ken's "Comprehensive Theory of Subtle Energy”, which offers an elegant summary of how these energies might be accounted for by integral metatheory and integrated with our scientific understanding of the universe. In this very special episode of The Ken Show we are joined by Aissatou Diallo, Zoe Tray, and Noah Delorme, students at Choate Rosemary Hall who have been studying Ken Wilber’s seminal book, Sex, Ecology, Spirituality for their senior year project. Watch as Ken, Aissatou, Zoe, and Noah unpack many of the core insights of SES and discuss the unique value Integral work holds for a new generation of thinkers, leaders, artists, and scholars. 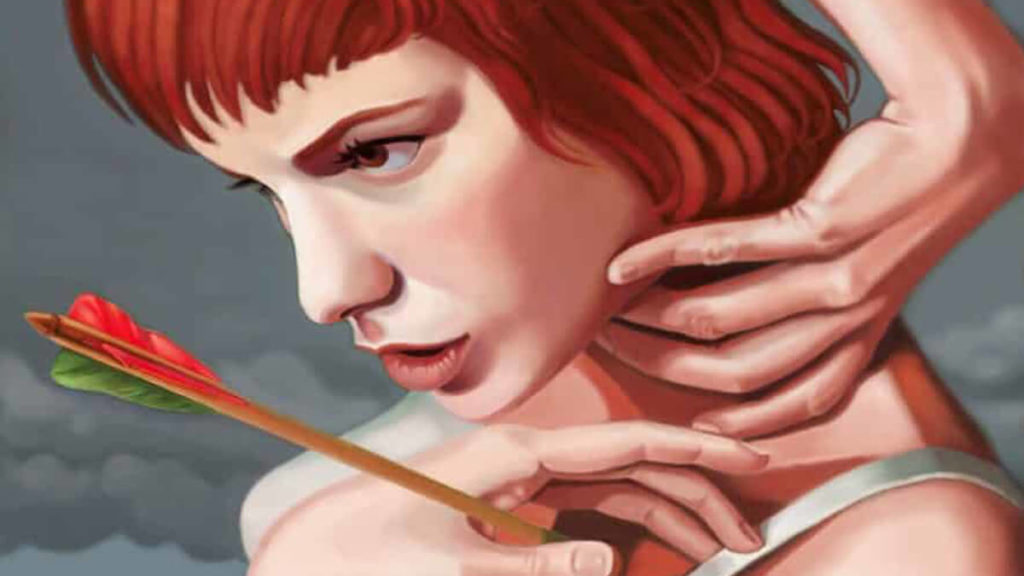 Watch as Ken and Corey explore the ongoing unfoldment of love along the paths of Waking Up, Growing Up, Opening Up, Cleaning Up, and Showing Up. What follows is one of the most powerful, transformative, and touching conversations that Ken Wilber has ever recorded. In this episode we continue our fascinating discussion about Integral epistemology, taking a look at the important but partial truths of Marxism, how we go about verifying and confirming spiritual experiences, and the involutionary/evolutionary nature of mathematics. 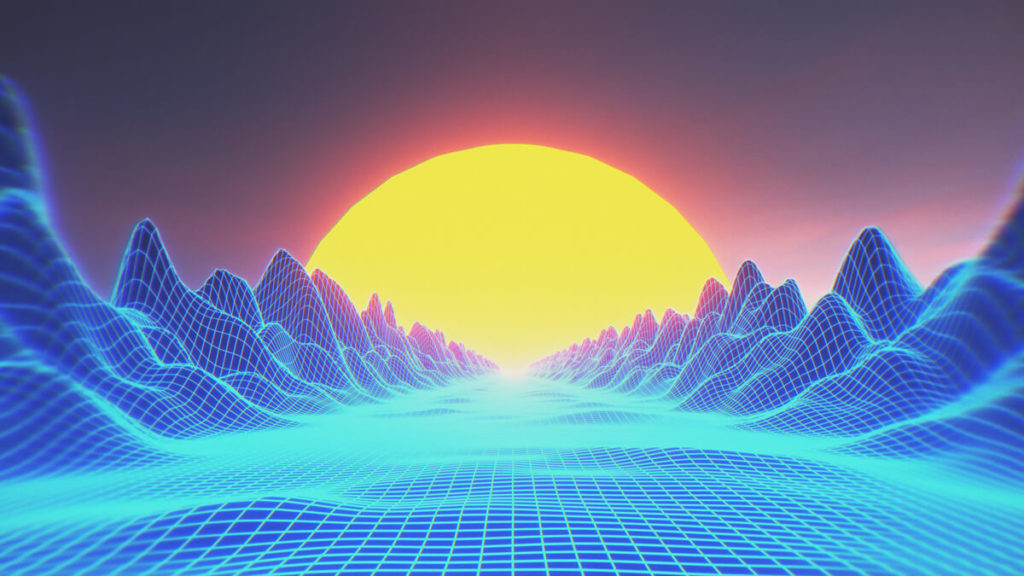 How do we know stuff? Like all of the great philosophical quandaries, it’s a fundamentally straightforward question that can lead us into an endlessly branching series of chicken-and-egg meditations on the nature of existence (ontology) versus the nature of knowledge (epistemology). In this fascinating episode of The Ken Show, we take a look at a dozen of the most popular schools of epistemological thought — idealism, pragmatism, empiricism, constructivism, etc. — noting their respective contributions and limitations, and how they can all be pulled together into a more Integral epistemology. 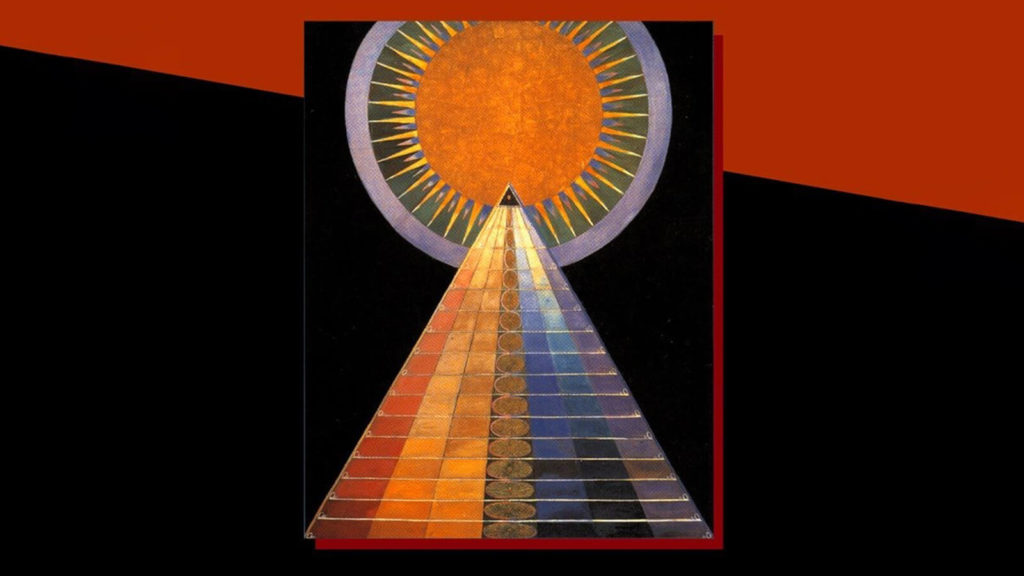 All of us possess three primary modes of perception that we use to disclose reality – the "Eye of Flesh", the "Eye of Mind", and the "Eye of Spirit". Watch as Ken and Corey explore these ideas and the many ways we perceive and interpret spiritual realities. Ken and Corey offer a stunning overview of the psychological shadow. Ken describes several different kinds of shadow, how shadow can show up differently in all four quadrants, and the relationship between shadow, violence, and social transformation. 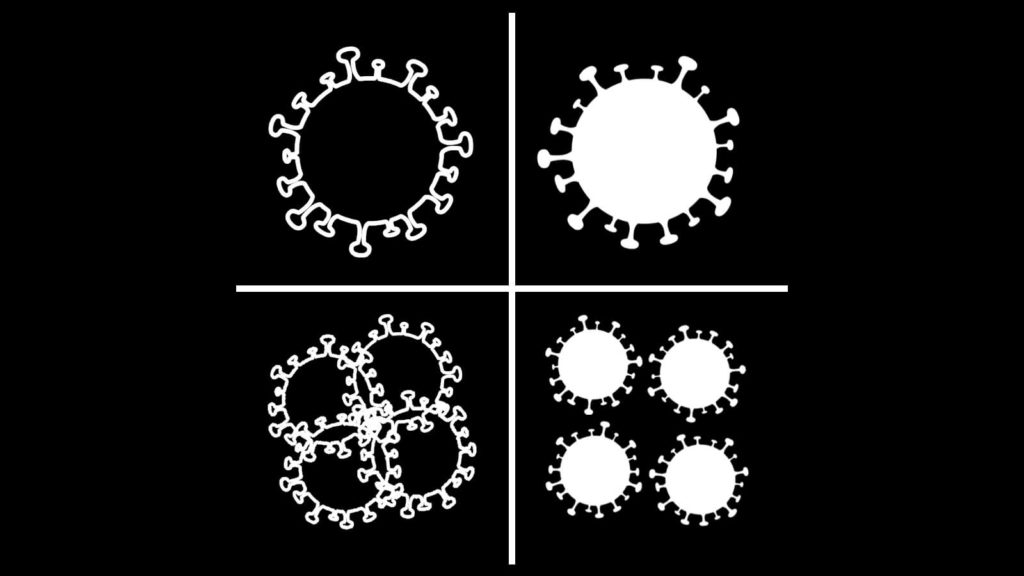 Ken and Corey respond to the COVID-19 pandemic by suggesting a far more comprehensive approach to health and healing. Watch as we take a tour through all four quadrants of healthy living — a much-needed guide to integral anti-fragility in the 21st century. 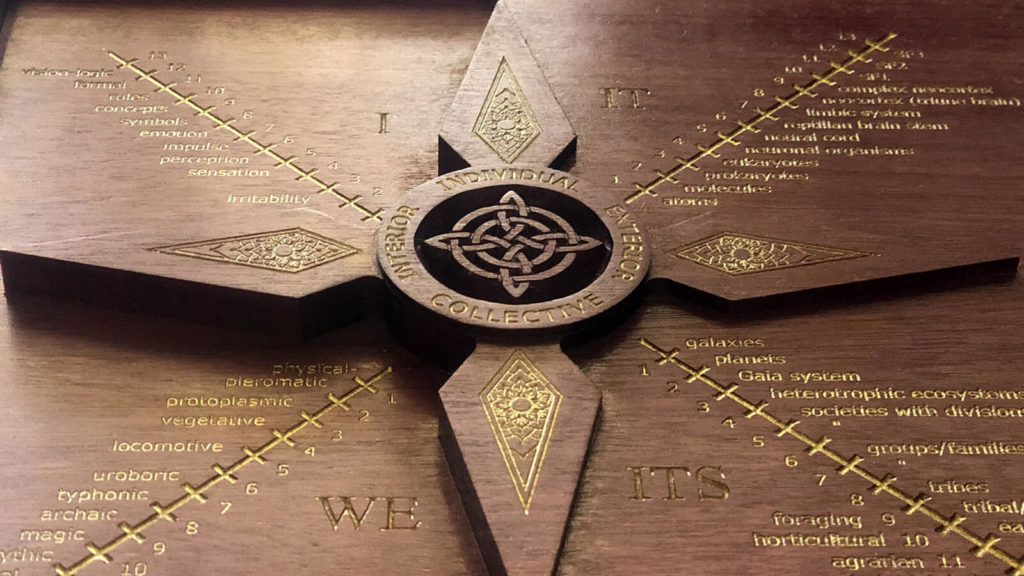 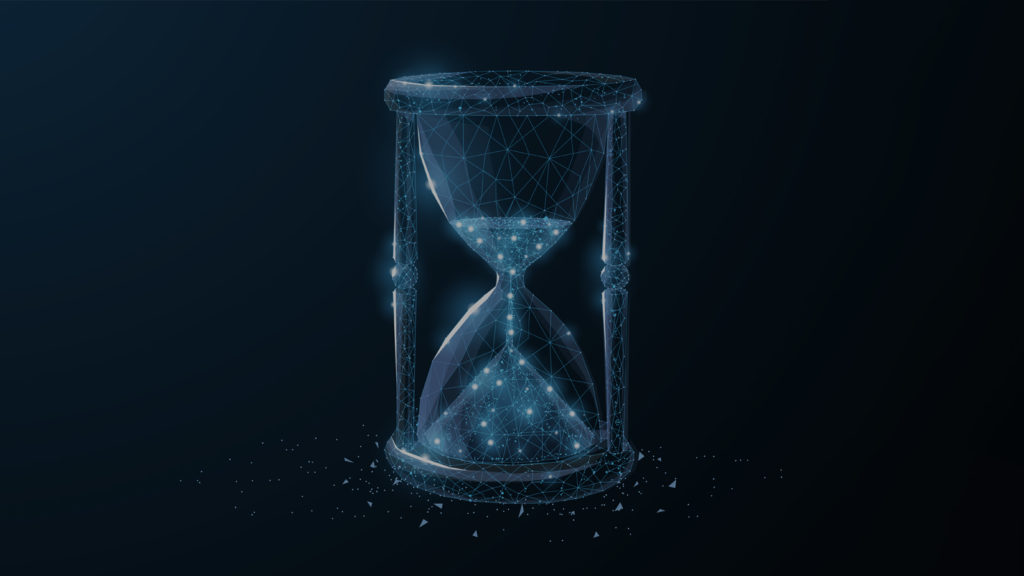 Ken unpacks his own approach to integral historiography, helping us to better understand our own place in history — and history's place in us. In this stunning 3 hour discussion, Ken Wilber offers his own views around healthy and unhealthy forms of social justice, praising the healthy and legitimate efforts to enact social justice over the generations while noting how much of today’s broken discourse around social justice is helping to perpetuate multiple forms of injustice. 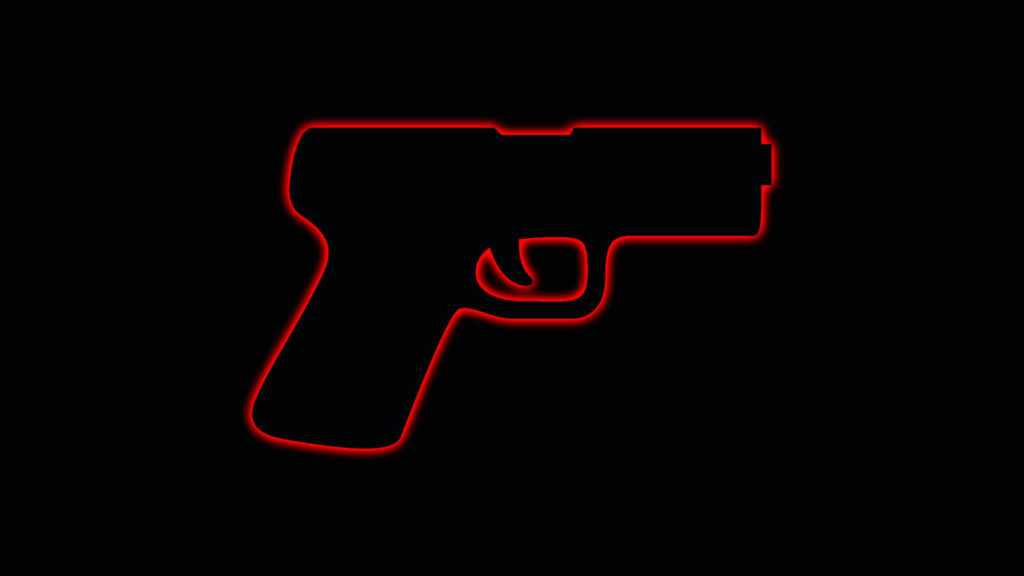 In this exclusive series, Ken and Corey take an in-depth look at America’s ongoing struggle with gun violence, using the four quadrants to track many of the most critical and commonly-blamed factors, conditions, and causes that seem to be contributing to this terribly wicked problem.